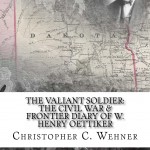 The Valiant Soldier: The Civil War & Frontier Diary of W. Henry Oettiker. (2013) — This book reveals W. Henry Oettiker a young Wisconsin farmer who left the wheat fields of the Wisconsin frontier and traveled 10,000 miles all through his Civil War journey. The diary takes up Oettiker’s experiences during the last stages of the Civil War to his enlistment and service on the Great Plains and western frontier. From 1865 to 1866 Oettiker traveled another 2,000 miles west; a journey that was full of danger and hardship. While on the western frontier he encountered hostile Indians, witnessed murder, treachery, and the beauty of wild animals and the enchantment of buffalo hunts.

The 11th Wisconsin in the Civil War: A Regimental History (2008)

“the powerful story of a regiment from the Wisconsin frontier that saw hard service in the Western Theater. Christopher Wehner has written a deeply researched Civil War narrative”–Lance J. Herdegen, author of The Men Stood Like Iron: How the Iron Brigade Won Its Name

“a first-rate account of a Union regiment that fought in some of the toughest campaigns of the Civil War in the West. Well researched and well written. Highly recommended”–William Shea, co-author of Pea Ridge and Vicksburg Is the Key.

This blog will deal with Civil War Soldiers, their correspondences, Regimental histories, books, and/or Soldier Studies. In addition, general Civil War topics may occasionally be addressed as well. 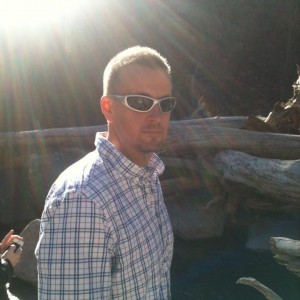 If you’re looking for a speaker for your Civil War Round Table or any other Educational Event, please do not hesitate to contact me: contact form here or use email below:

“Robbed of Glory, the Aftermath of Gettysburg and its impact on Soldiers and Civilians,” Smithsonian Civil War Studies, (August, 2013)

The Society of Civil War Historians