“Soldiers Heart” How the Civil War Impacted Soldiers During & After 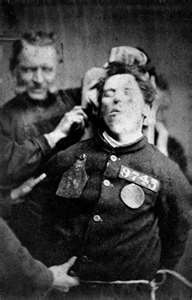 During and after the Civil War surgeons began looking closely at a medical condition that affected some soldiers; what we today know as PTSD (post traumatic stress disorder). It was sometimes first referred to as “melancholy” or “nostalgia” during the war. Then when surgeon Jacob Mendes Da Costa observed symptoms that he classified as a heart issue, which came be to known as “Da Costa’s syndrome,” an idiom developed known as “soldier’s heart” as the description.

In 1871 Da Costa did a study of 300 Civil War veterans that showed there were physical symptoms that he and others associated with combat fatigue. These symptoms persisted in soldiers even after the war. This leads me to the point that soldiers who suffered from PTSD during and after the war really has not received the attention it deserves.

[The men] have been so horribly worked and badgered that
they are utterly unnerved and demoralised. They are easily
scared as a timid child at night. Half our brigade were
taken prisoners the other day, in the middle of the day, by
a line no stronger than themselves, without firing a shot.
You had a campaign of one day, we of fifty-three days; EVERY
DAY under fire, every night either digging or marching. We,
our brigade, have made fourteen charges upon the enemy’s
breastworks, although at last no amount of urging, no heroic
example, no threats, or anything else, could get the line to
STIR ONE PEG. For my own part, I am utterly tired and dis-
heartened and if I stay at all, it will be like a whipt dog
–because I think I must. 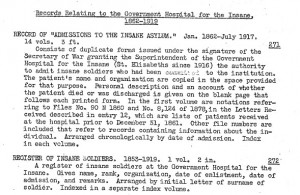 Another leading proponent of mental health during and after the war was surgeon general William Alexander Hammond who wrote A Treatise on insanity in its medical relations after the war and noted the impact of battle on “young” and impressionable soldiers, he believed suffered the most. The idea that nostalgia played a significant role was not uncommon as some even believed that after combat soldiers hardened and did not experience further symptoms. Even during the war, some surgeons in various ways considered the condition to be a defect in the rural soldiers or young soldiers who could not adapt to the conditions of soldiering.

However, insanity was a diagnosis during the war that resulted in many soldiers being discharged and even ending up in insane asylums. By World War I battle fatigued (PTSD) was being investigated by Thomas William Salmon who also studied Civil War soldiers and their presence in Insane Asylums.

During the war Richard A. Gabriel of the Senate and House Armed Services Committees and one of the foremost chroniclers of PTSD noted that during 1863 “the number of insane soldiers simply wandering around was so great, there was a public outcry.” As a result the first military hospital for the insane was established that same year, and records for insane soldier’s had already been gathered as early as 1862. [source]

Previous post: Who was the Common Soldier in the American Civil War?

Next post: “Soldiers Heart” How the Civil War Impacted Soldiers During & After, Part II