The Future of Civil War History and Soldier Studies 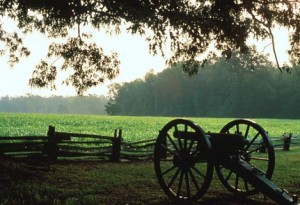 Just this past week historians (academic, digital, amateur) and educators gathered to discuss the future of Civil War history, here during our sesquicentennial celebration and moving forward. The depth and width of exploration during the conference (according to the program) is impressive. Topics included: Civil War memory, teaching the war, gender, race, religion, battlefields, generals, leadership, and others.

All wrapped up with a final day Panel that considered the central theme of the Conference: “The Future of Civil War History” the Moderator was Aaron Sheehan Dean (West Virginia University) and the panelists included: Brooks Simpson (Arizona State University), Peter Carmichael (Gettysburg College), Amy Murrell Taylor (University of Kentucky), and Nina Silber (Boston University). Impressive, to be sure.

I was not able to attend (as a lowly public education teacher where I work, we have budget cuts yearly!) The only offering at the conference that looked like it dealt with Soldier Studies in any central way might have been, “Sounds and Smells of the Battlefield,” by Mark Smith (University of South Carolina). I deduced that the main source for the “sounds and smells” of the battlefield would be those who were there, fighting? (Or perhaps those nearby Including: nurses, leaders, local citizens, chaplains, ambulance drivers, ect.) If you attended and can verify or offer an assessment please chime in!

The question I have thought about before many times is, What is the Future of Soldier Studies? A noted historian and blogger offered a useful assessment of the Future of “Civil War” history. Dr. Brook Simpson wrote after the conference:

Several narratives telling the story of the Civil War vie for our attention. There is the tale of leaders, civil as well as military; there is the story of battles, leaders, and soldiers, often told with great zest and a loving attention to detail; there is the study of governments at war, seeking to mobilize and direct national resources, dealing with dissent, and cultivating popular support; and there is the increasing emphasis in scholarship on the war as experienced by common Americans, male and female, white and black, Union and Confederate, including those people who did not support the war effort. [source]

Indeed there are countless narratives that battle for our attention when we consider the Civil War. And there is a constant growing urge by academic historians (social in particular) to focus more and more “away” from the battlefield and the soldiers themselves. Which is their prerogative. As educators we have to use a multifaceted approach or we do a disservice to history and our students. With regard to Soldier Studies then, how do we tap into this complex array of narratives to reinvigorate what might be a waning genre of study? (I say might be as I am not convinced that the writing and publishing of Soldier Studies is on decline, but open to the possibility.) As Simpson also noted, we would do well to “remind ourselves and our audiences that all those stories are part of a larger one that must be understood in all its fullness.”

But within this “larger” narrative then, what/where is the place of Soldier Studies in most Civil War history discussions let alone classrooms? Do historians and teachers offer much “study” when discussing the soldiers who fought? There are lots of interesting narratives within this field: blacks, women, warriors, cowards, ect., and not to mention soldier’s experiences and motivations. And there has been plenty of studies that have assessed many of these sub-genres of Soldier Studies. However, I worry that the soldier is slowly (if not rapidly) being forced to to the side as almost an after-thought? Purposely or not I do not know. It’s about emphasis and what each historian “selects” to focus on and what not to.

The future of Soldier Studies I think is strong. There are some exciting studies that are focusing on soldiers after the war, as well as a new wave of historians who are looking at documents such as regimental histories in new ways. The nature of the genre is problematic, I agree, there is simply an overwhelming amount of primary sources out there and more are being discovered (or sold on Ebay) daily it seems. Here is where we have to continue to embrace the quantitative and qualitative nature of Soldier Studies.

However, as I followed the Twitter activity last week and over the weekend from those in attendance and read a few summaries of the conference, I can’t help but feel a bit gloomy over how the academic world might be loosing or otherwise casting aside the stories of the soldiers in favor of other more trendy topics?

Next post: Soldiering in the Army of Northern Virginia: A Statistical Portrait of the Troops Who Served