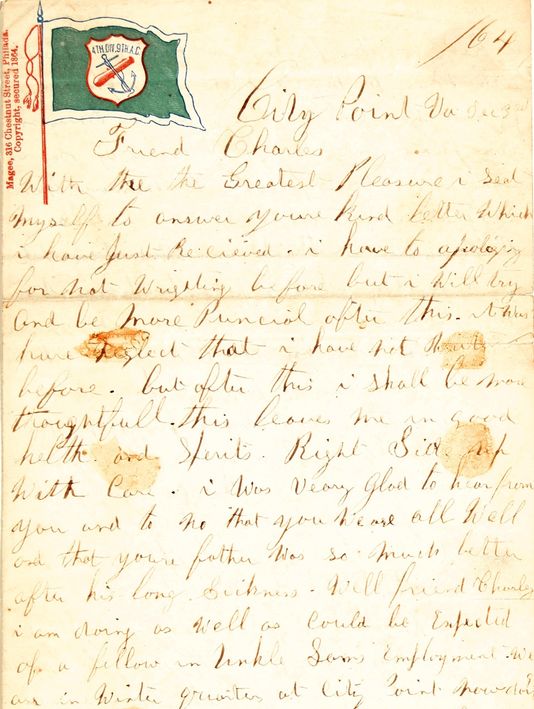 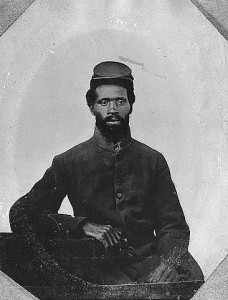 Why is a Civil War soldier’s letter describing a bloody battle and his vision of free blacks potentially worth thousands of dollars when it goes up for auction later this month?

The letter by the son of John Carter, an African-American grocery store owner in Madison who helped move slaves to freedom along the Underground Railroad, has long been in the hands of private collectors. It will be included in the March 21 Printed and Manuscript African Americana sale in New York.

The letter was written Dec. 3, 1864, by Morgan W. Carter. It is the only known document in which an African- American soldier describes an important Civil War battle, said Wyatt Houston Day, who initiated the auction. Day told The Indianapolis Star (http://indy.st/YmViuI ) that other letters might have been written, but this is the first he has seen in 30 years.

“If I haven’t seen something, it has to be pretty scarce,” Day said.

Day estimates the letter is worth $6,000 to $8,000 but said it could fetch nearly double that at the auction.

Carter’s letter is in good condition, written on “wove paper” in ink that has mostly held up.

After “being trampled under the white man’s heal (sic) for years,” Carter wrote, “now we have a choice to elevate our selfs (sic) and our race and what little I can toward it I will do so most willingly. If I should die before I receive the benefit of it I will have the consolation of nowing (sic) that the generations to come will receive the blessing of it. And I think it the duty of all the men of our race to do what they can.”

Carter also refers to President Abraham Lincoln in the letter as “Uncle Abe” and writes that Madison residents enthusiastically celebrated Lincoln’s re-election. The recipient of the letter is identified only as “Charles.”

Those excerpts are shared in an e-mail sent on behalf of Swann Auction Galleries, aimed at publicizing the New York City firm’s events and offerings. The auction house’s website, www.swanngalleries.com, has more information on the auction which is part of “Printed & Manuscript African Americana.” According to the site, the sale includes items that cover almost 300 years of history from “slavery and abolition through the Civil War, Reconstruction and into the 20th century.”