What Quality Controls do We have when it comes to Material Posted on the Web? 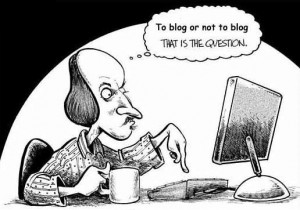 Dr. Brooks D. Simpson, a historian (published author) who teaches at Arizona State University and is a respected Civil War blogger, added to an ongoing discussion concerning “content” and “controversy” blogs. Blogs sometimes blur the lines between being a “content specific” blog and a editorial/political blog. It’s an interesting question to pose as we are all political creatures to a certain extent and that tends to show up in our writing with regard to our views. However, I do not wish to engage in much controversy blogging as I once did due to an incident that will remain forgotten. What I find worth discussing is Simpson’s musing on how do we even judge a content blog as a legitimate one? Simpson wrote:

This brings me to a very interesting issue: what quality controls do we have when it comes to material posted on the web? Just because a self-styled “content” blogger posts what he or she believes is “content” doesn’t mean the “content” is any good.

There are very few blogs I visit on a daily basis (Crossroads being one of them) anymore and pretty much all of them are maintain by historians or published writers outside of the Internet. These blogs tend to be more pragmatic, less controversial in style, and more educational; even if they also include in the title “musings” or “ramblings” of such and such historian. They still tend to offer far more content than personal editorials or rants. I will only occasionally visit a so-called controversy blog if it is something specific that I want to read about. As someone who ran a history/controversial blog the nature of running one becomes just that, trying to be controversial and rile people up. Also, they tend to sell advertising and want the visitors so they can sell more ads by getting more hits. And it does work, my controversy based blog had a much higher rate of visitors and comments: two things advertisers want to see. So in the end controversy blogs are based on a false premise with regard to their purpose as they become simply arenas for political commentary by the blogger.

With regard to content blogs try to stick with those that are run by a historian or at least a published (in print) expert if you want to lessen the chance of wandering accidently onto a controversy based blog. And I understand there are always exceptions to the rule and that published and Ph’d historians can spout drivel and write erroneously.