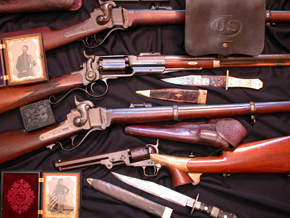 The American Civil War was the last conflict where both sides predominately used single-shot muzzle loading rifles, yet the technology of the rifle was such improved that historians have largely assumed that the rifles used in the war revolutionized the nature of the conflict. However, as historian Earl J. Hess (and a few others such as Paddy Griffith and Brent Nosworthy) has discovered, though the rifle used during the American Civil War allowed for the potential of increased distance of infantry engagement, the rifle did not lead to any significant chances in engagements. Additionally, and I was taught this in college, the Civil War was not bloodier than past American conflicts because of the rifles. In his The Rifle Musket in Civil War Combat: Realty and Myth, Early J. Hess debunks numerous myths and provides some interesting data and analysis of the war.

Here is a list of some of the more interesting findings by Hess:

1. Though the rifles used in the Civil War could have certainly allowed for long-range capabilities, Civil War soldiers themselves were “incapable” of realizing that possibility. And for many reasons, soldiers were simply not well trained. Also, the terrain of the battlefields in North America were broken and choked with forests, unlike the large open fields of Europe. (p.4-6, 108)
2. As already noted, the American Civil War was the last conflict where both sides predominately used single-shot muzzle loading rifles (p. 9)
3. During the first two years of the conflict, the Federal army purchased 1.165 million rifles from Europe. 436,000 Enfields. (p.37-38)
4. Often soldiers bought their own Enfields, sometimes entire companies and a few regiments armed themselves instead of using the smoothbore substitute that was common in 1861-62. Western soldiers in particular had a hard time getting ahold of a good rifle. The Confederate soldier in the West often had to find a good rifle on the battlefield after the fight.(p. 40-42, 52-53)
5. Repeating rifles had a psychological effect on the soldiers who faced them, but tactically the data is unknown. (p.58)
6. The U.S. ordnance Department purchased 470,851,079 rounds of Minnie balls. (p. 75)
7. The 2nd New Hampshire fired 14,000 rounds at Gettysburg. (p.77)
8. Soldiers did purchase and use bulletproof vests during the Civil War.
9. The Minnie ball produced large and ugly wounds and its impact played on the minds of soldiers. When it strikes bone the result is usually death or at least amputation. (p.82)
10. The fastest confirmed rate of fire in an engagement according to Hess was one round per 30 seconds. (p.103)

Next post: Life of the Colored Soldier CALL FOR SUBMISSIONS!