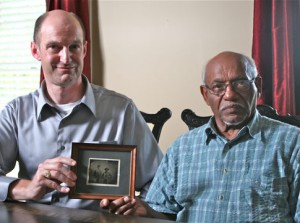 A recent episode of PBS’ “History Detectives” investigated a tintype with two Confederate soldiers: Andrew Chandler and Silas Chandler, the issue is whether Silas, who was black, represents what some say was a willing black Confederate. The tintype is not a new discovery and there has already been a previously televised show regarding it and the controversial “Black Confederate” debate.

Some historical evidence may suggest that Blacks fought willingly, but according to numerous historians this evidence is debatable if not incorrectly asessed.

Next post: Exhibit puts Civil War in a New Perspective