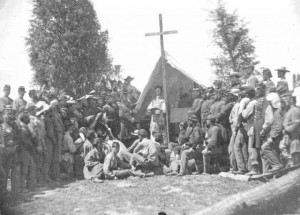 The entire roster of New Yorkers who served during the Civil War Years, 1861-1865, is now available online, as well as the five annual reports issued by the Bureau of Military Statistics from 1864 to 1868 that chronicle the accomplishments of New Yorkers in battle.

Next post: Journal of the Civil War Era, Number 3