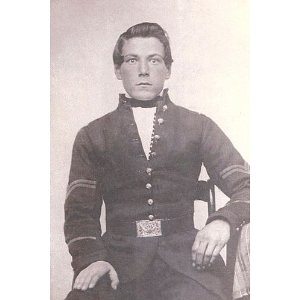 With that in mind I highly recommend you check out “Ten years in the ranks, U. S. army” by Augustus Meyers, (1914). Meyers, somehow at the age of 13 was able to enlist in the Regular Army in 1854. He served in Company D, 2nd U.S. Infantry on the Plains and through out the Civil War. Though written 50 years after the event, his memory of the Civil War and his experiences are lucid and poignant.

You can download the book for free here, or grab a very cheap Kindle version: