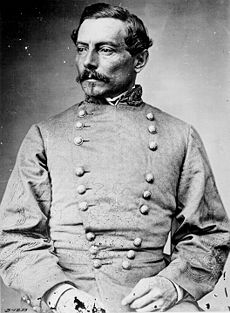 Dear General.
I have just seen Major James who informed me that his resignation has been accepted & that he is now out of service. He is a great loss to me, at this time especially. Could we not get him appointed Supt or Gov agent of the Orange and Alexandria R. R. from Manassas & which I understand is still in a terrible State of confusion. He is willing, he tells me, to accept that position. He suggests that if flour & other provisions that could be bought in that direction, were brought to Manassas by the Manassas Gap R. Road a double object would be attained. The Orange and Alexandria Road would be relieved of that much freight thereby permitting corn, hay, {etc, etc} (much needed here) to pass over that road the Northern District of Va which might at anytime fall into the hands of the enemy, would be able to redispose of all the flour etc, which in that contingency would fall into their hands. I think it would be well to represent strongly the above facts to the War Department at the same time recommending Major James as already referenced to. Should we intend moving rapidly with assistence of the Rampart Batteries would it not be well to send there at once whole brigades (or even one Division) would have to start first{? For I} believe that in a few days with the balance of our power we could hold their place against any reasonable force of McClellan’s Grand Army- should we determine to do so. The great point is to guard well the line of the lower Occoquan from any forces from Alexandria & give a strong offensive force to Whiting, so that he may attack at once any force crossing the Potomac to take the Batteries. In that way he would have his left flank well protected. Consult G W Smith on the subject & as soon as I can come over I will do so & we will determine what is best to be done.

PS I send you {slips from late Baltimore papers} 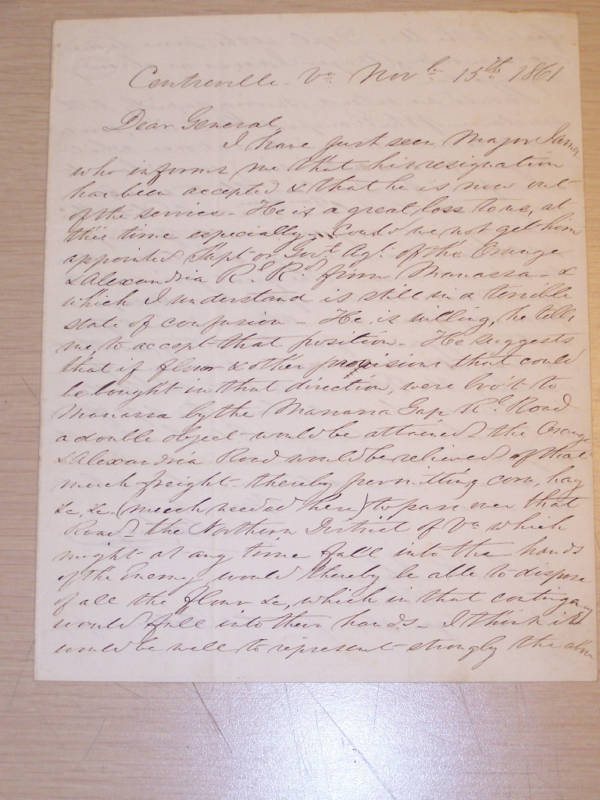