After finishing Gary W. Gallagher’s The Union War and reviewing it last week I took some time and studied 100 Civil War era letter envelopes. As you know, Gallagher used Civil War era letter envelopes (along with other supporting material) to argue that Northern soldiers primarily fought the war to defend the “Union.” This goes against recent scholarship (such as Chandra Manning’s excellent work/book) that has identified slavery as a common theme among Northern soldiers. Some historians even claim that “union” was simply to abstract of a concept for soldiers to ideologically use to motivate themselves to fight a long and bloody war. So do Gallagher’s findings and my own simple study show that “Union” was on the minds of many, if not most soldiers?

Here are some examples: 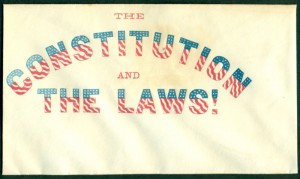 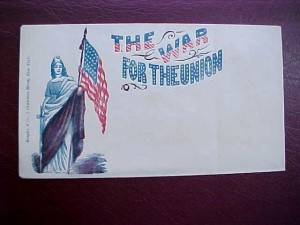 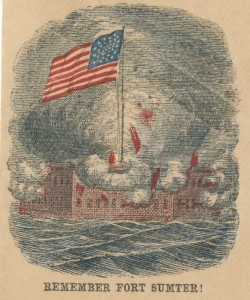 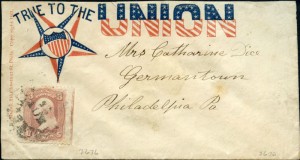 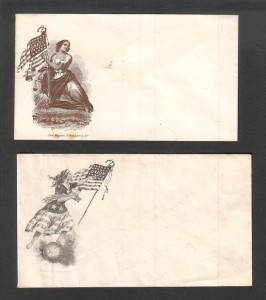 If we accept the premise that these letter envelopes represent public sentiment (why else would they have such a consistent theme?) during the Civil War era, then it seems reasonable that the main concern people in the North had was to save the Union and defend the laws of the land.

Next post: Union Civil War Soldiers and their Relationships with Blacks